Data Prep Variables can be used in Mapping Groups to create more dynamic mapping rules. Variables values can be specified in the From and To fields of a mapping rule.

To utilize a Data Prep Variable in a mapping rule definition, double click in either the From or To field of the mapping rule. Alternatively, simply start typing a value in either field. With either of these actions, the Variable selector will appear providing access to each of the Variables available in the Mapping Group. The Variable Type (System, Column, Runtime) is indicated for each of the available Variables. You can also search for a Variable using the search box in the selector. 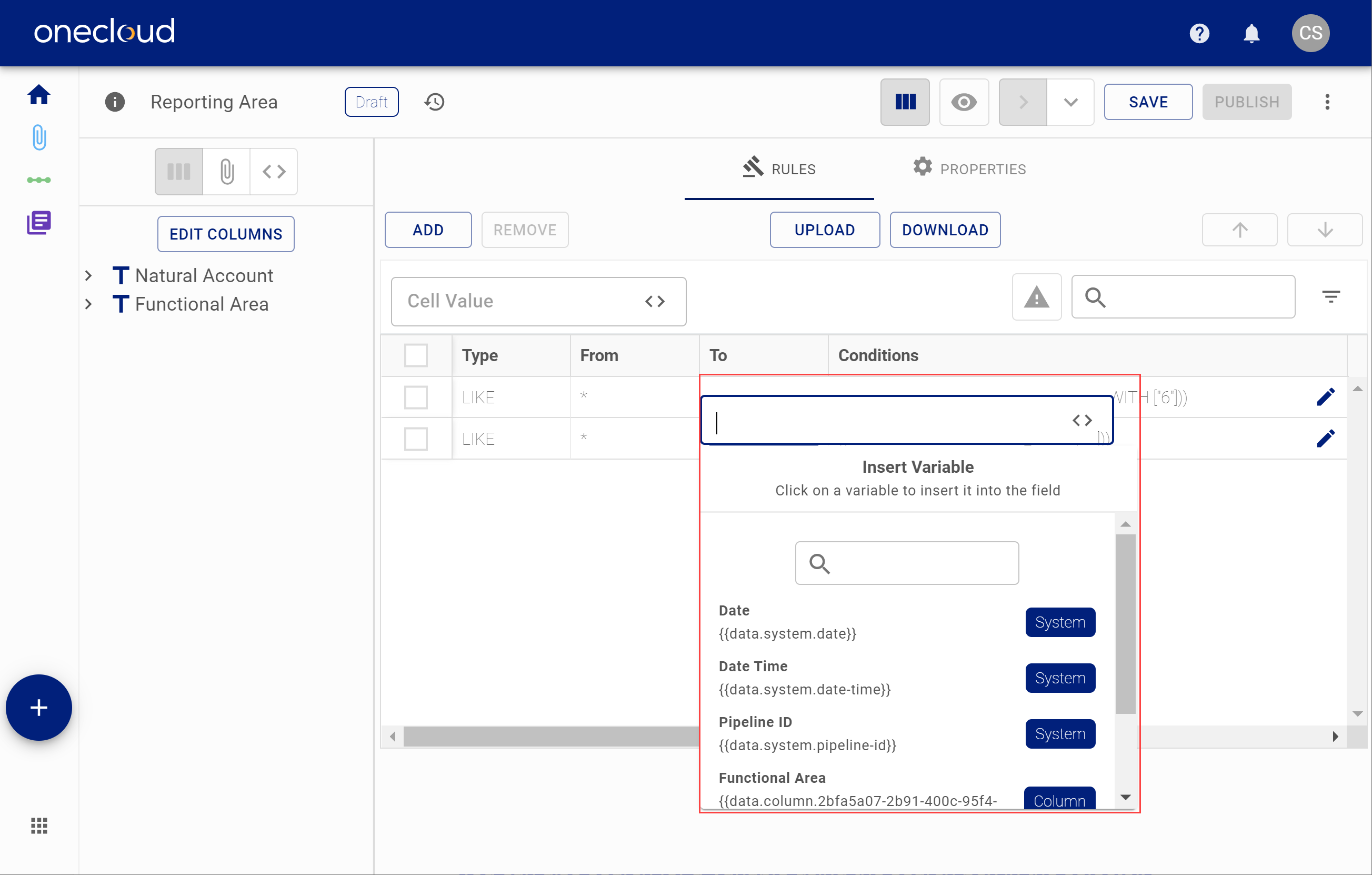 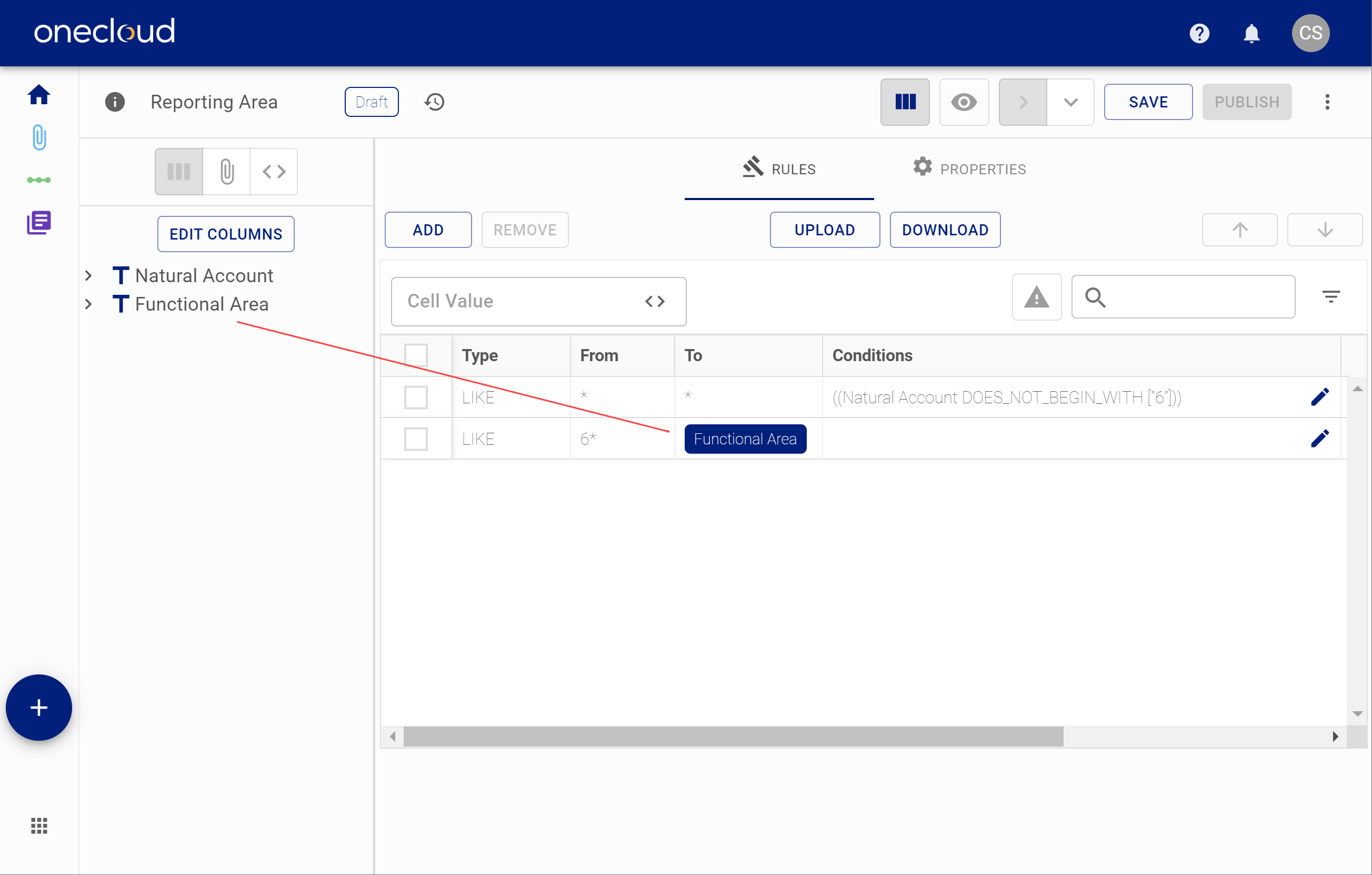 Multiple Variable values can be assigned, combined with a static value, or a combination thereof. 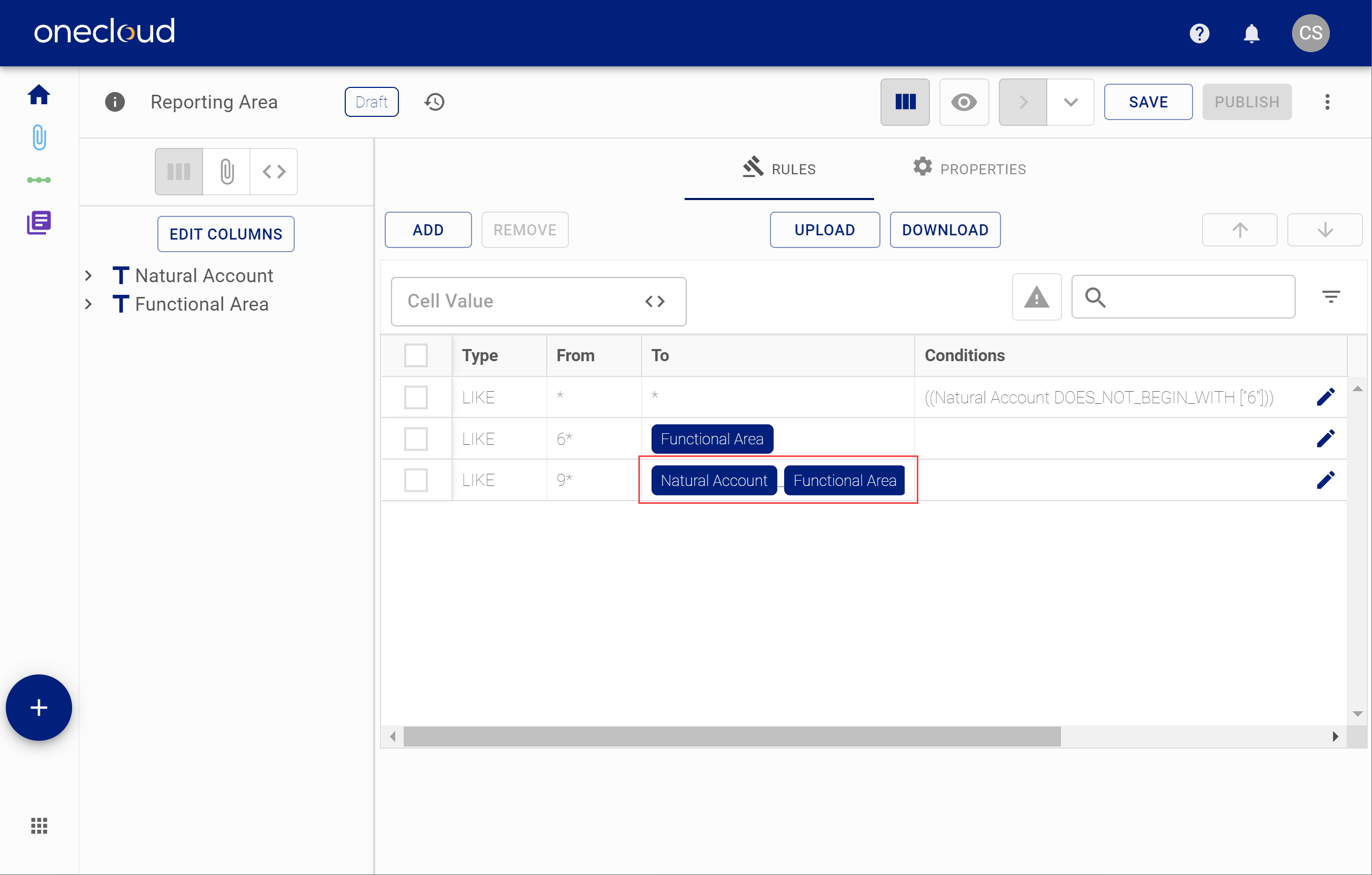 The below table illustrates the impact of the mapping rules in the above example.