OneCloud has the ability to derive date and time values based on Runtime Variables. This allows for the utilization of System data and time or the Chain execution date and time to parse a particular date field, such as year or month, at the time of execution. This is outlined in this knowledge base article on Variable Transformation.

If a set of time period variables is needed to support business-specific time periods that cannot be tied to a system calendar, OneCloud suggests the use of a Workspace or Environment Variable or set of Variables, to streamline the derivation of different business-related time periods that drive processes in the applications to which OneCloud is integrating. This article explores the Q2 forecast example.

Next, utilize the Variable in our Command. This example laid the groundwork to write transformed variable values to a file simply to verify our transformation. The file created uses the File Utilities BizApp Create File Command. This example will derive four values used in the forecast process - Start Period, Start Year, End Period, End Year. The same Base Time Period Workspace Variable has been assigned to each of the four values. The original value of the Base Time Period Variable has been printed for reference purposes.

Next, perform the Variable Transformation needed to derive each of the unique forecast process values. Start by applying the Parse Date/Time transformation.

🌟 The Coordinated Universal Timezone (UTC) is used for all Variable Transformations. This is the best practice when performing date and time operations on dates that are not directly tied to the system date and time. 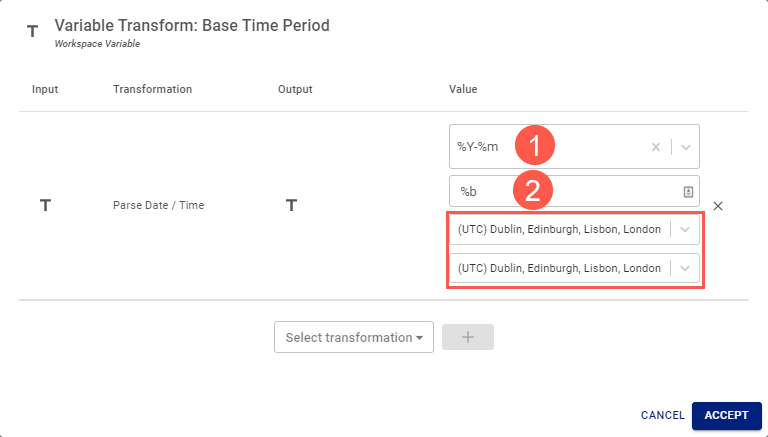 Repeat this action for the Start Year, but modify the output to use the FYYY format because the application being integrated to uses this format for the Year as opposed to the YYYY format.

📓 Notice the combination of the text string FY with the variable value for the two-digit year (%y). 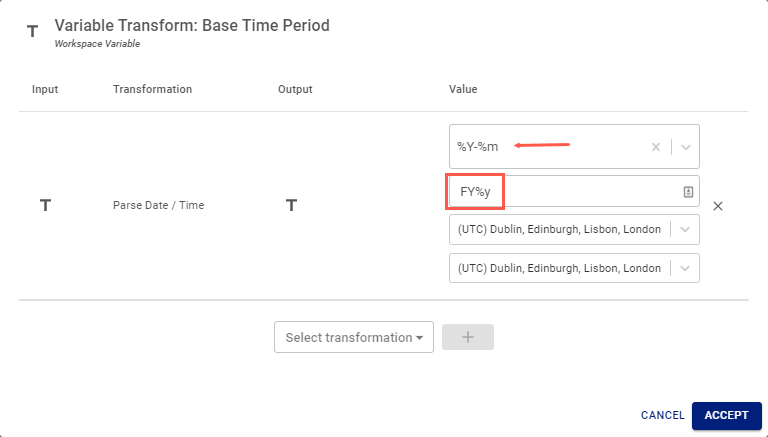 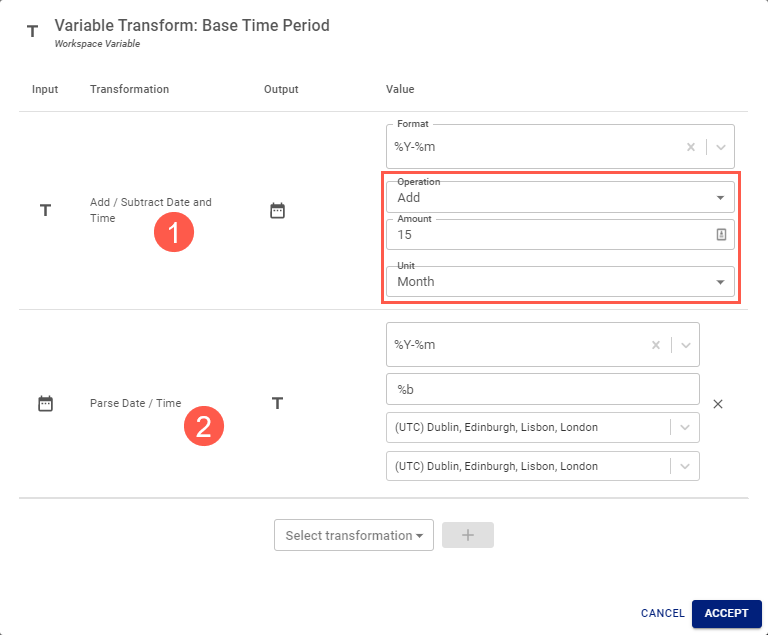 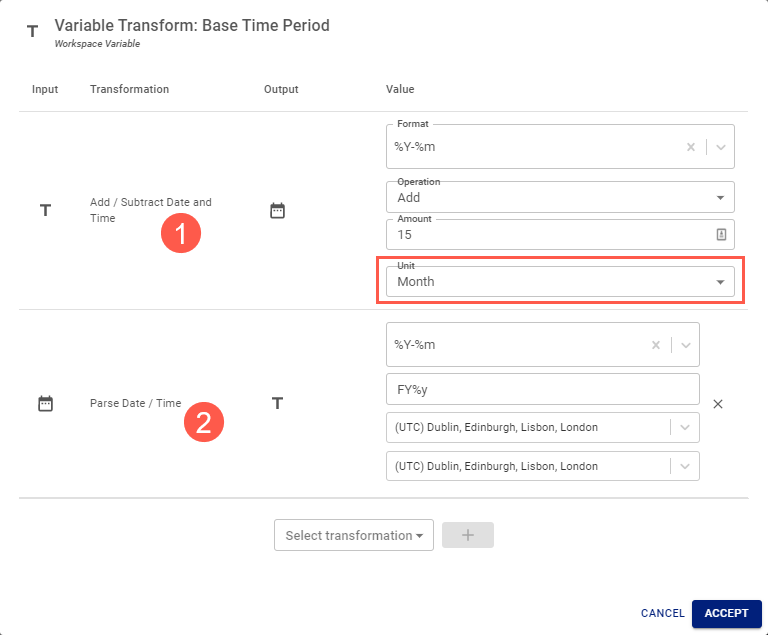 Finally, execute the Chain to see the result of the Variable Transformation. 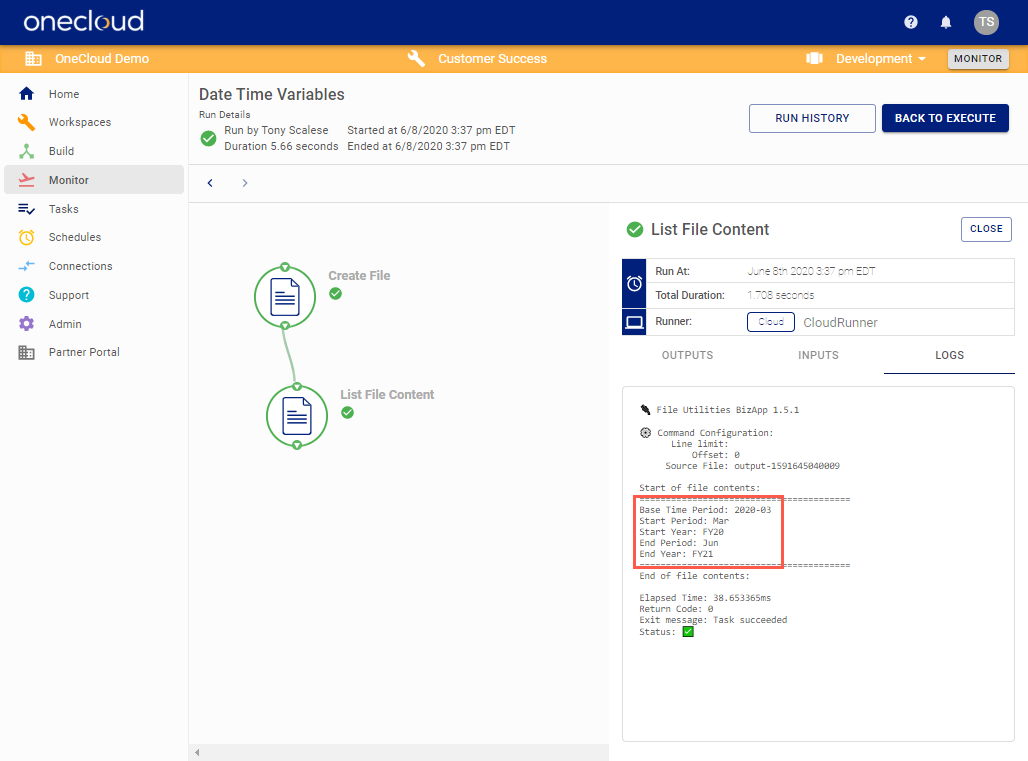 We hope that you find this article useful for understanding how Variable Transformation can be utilized to support your business processes. If you have any questions, please feel free to email us at support@onecloud.io.