Outputs in the form of result sets, lists, objects, arrays to be used in future Commands.

When building a Chain, it is important to be able to use the results from previous Commands in follow-on Commands. Using OneCloud terminology, Commands complete, the produce outputs. These outputs can be selected and used as an input to subsequent Commands in a Chain.

Command Outputs: How do they work? 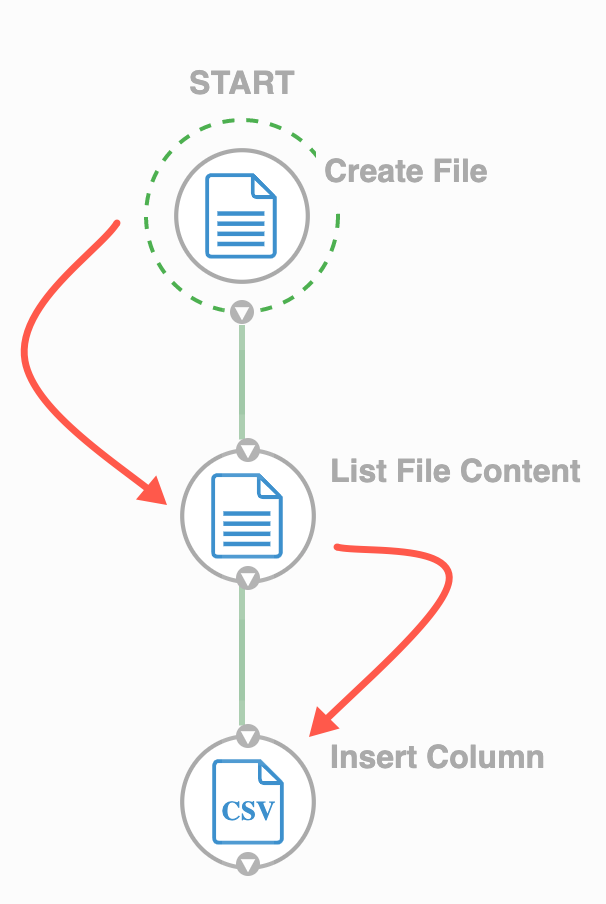 One of the more compelling use cases when building with outputs is the ability to transform tabular data. Multiple transformations may need to be performed on a tabular data set. In this case, the previous Command's output will be the input for the current Command.

If there is a Command that produces tabular data, add a Command after it to use its outputs. Click the variable icon for the field where you’d like to use the Command’s output and find it in the variable menu on left-hand side. In order to provide a visual guide of which variable to select, outputs will all have an icon based on their data type.

Example (below): The outputs for filter rows and add row numbers are being displayed in the variable selector. 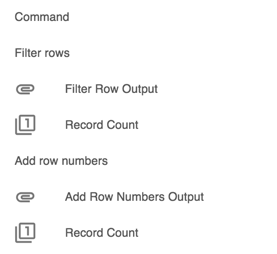 📓 When Can I Use Command Outputs?

Outputs can only be used by Commands that are executed prior to the current Command. This includes parent Commands (in the case of separate Commands linked with a "success" condition) or prior Commands in a serial group. Moreover, a Command may not use outputs from other Commands in the same parallel group or the output from an iterator Command. OneCloud's Tabular Transformation Quick Start contains more detailed documentation and use-cases. Check it out and start using outputs to enhance the power of your Chains!