The many forms of variables that are available in the OneCloud platform.

Variables take many different forms depending on where they are created and used. This guide will explore different types of variables and their usage.

For your reference, here is a quick summary of OneCloud’s simple variables:

There are a variety of system-level variables that are available by default, including Chain, Command, and System Date & Time. The following lists what is currently available:

System variables are globally available and can be modified and formatted by leveraging variable transformation.

Command Outputs can be considered variables since, depending on the command and usage, they can hold different data be leveraged by various commands.

Variables can be used as inputs to Commands, and they are available in any text-based Command input. To start using variables, select a Command with text input, and a variable selector will appear on the left-hand side of the Command. After selecting a variable, the variable will appear as a bubble in the relevant field.

If a Command is not connected to another one on the Chain, the previous Command's outputs will not be available in the variable menu. Make sure the Command is connected to the rest of the Chain before adding variables.

To remove a variable, use the backspace or delete key when the cursor is adjacent to the variable.

Variable composition allows Chain and Workspace variables to contain other variables at the same level or above. This feature allows a range of possibilities to create new variables from existing variable values. The following is an example of creating a new file variable, "stacked_file", from the value of "stacked_file_dir". 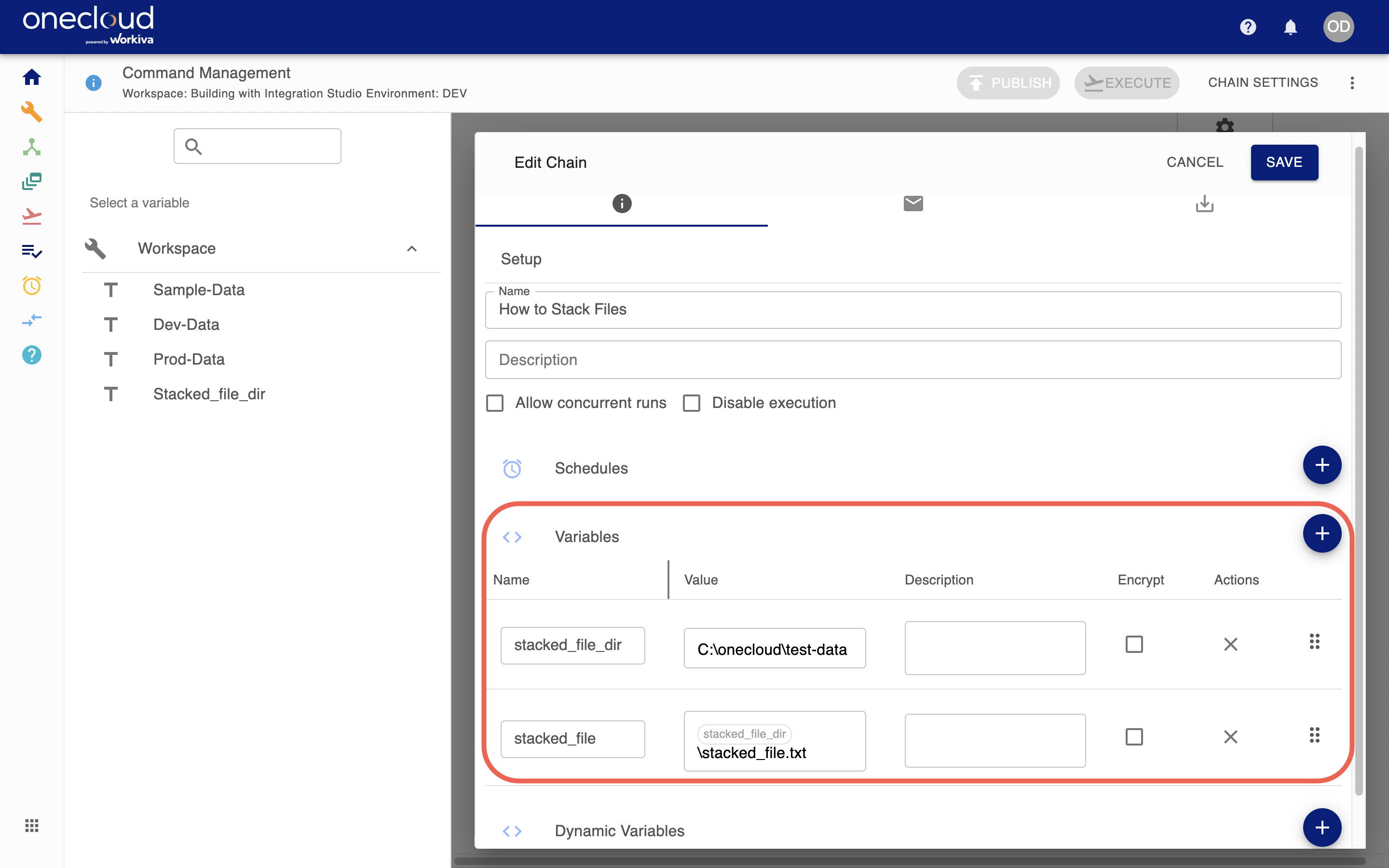