All Collections
What is OneCloud?
OneCloud Terminology and Concepts

OneCloud Studio is the central place in OneCloud where you build and manage your Chains.

A Chain is a linear sequence of Commands that represents an automation workflow. Chains can be scheduled, run manually, or even triggered externally via the OneCloud API. Each Chain allows a user to build Commands based on conditional logic. Commands can also be grouped within a Chain, and executed either serially or in parallel. Learn more about Chain management. 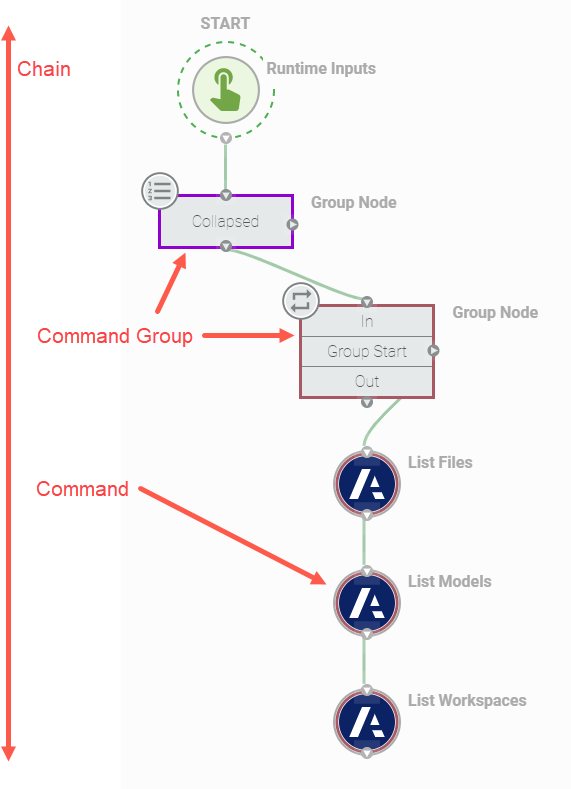 Commands are the building blocks of OneCloud automation workflows (Chains). A Command is a single task that is pre-configured to perform an operation on a particular system. When configuring a Command, the user needs to link it with a Connection. Learn more about Command management. 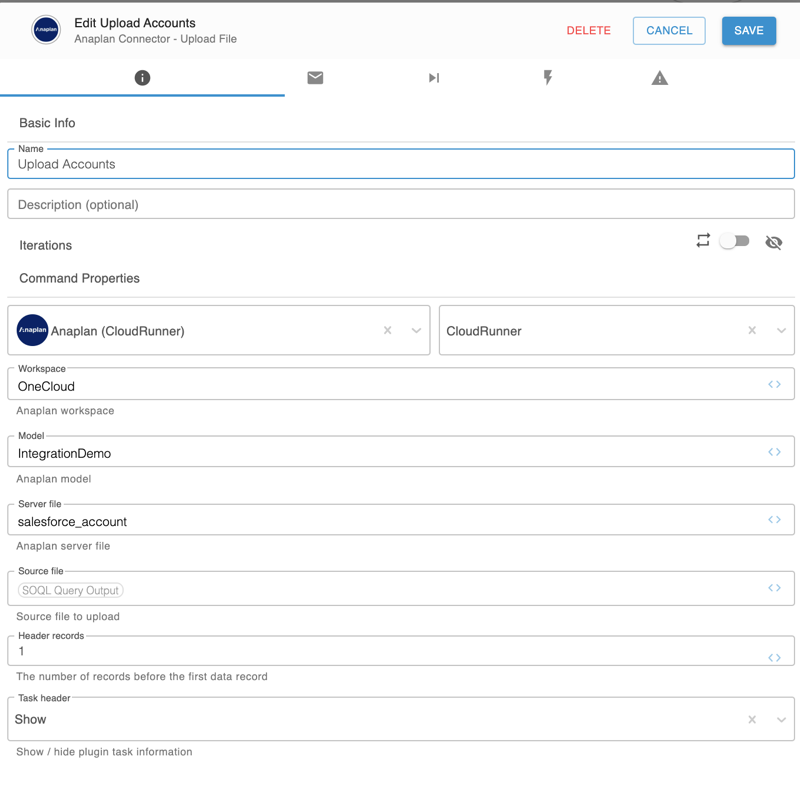 Command Groups or Group Nodes have multiple purposes depending on the situation. The first purpose is to provide a powerful capability to iterate (loop) over each Command in the group with a list of values that are used by one or more Commands. Command Groups are also used to run in parallel with all Commands that belong to the group. Finally, Command Groups are used to create visually concise Chains when a group of Commands belong together such as a series of transformations. Learn more about Command Groups.

A Connection consists of a resource (i.e. a server) that is pre-configured to run a certain type of Command and the credentials associated with a Connection to a particular application (e.g. login information for a SaaS platform). Connections can be configured to use either a OneCloud CloudRunner or GroundRunner. Commands are aware of which Connections they need to run (for example, a command that can run only in a Windows environment), and cannot be created until an appropriate Connection is configured. Connections can also be enabled for certain Workspaces and Environments. Learn more about Connections. 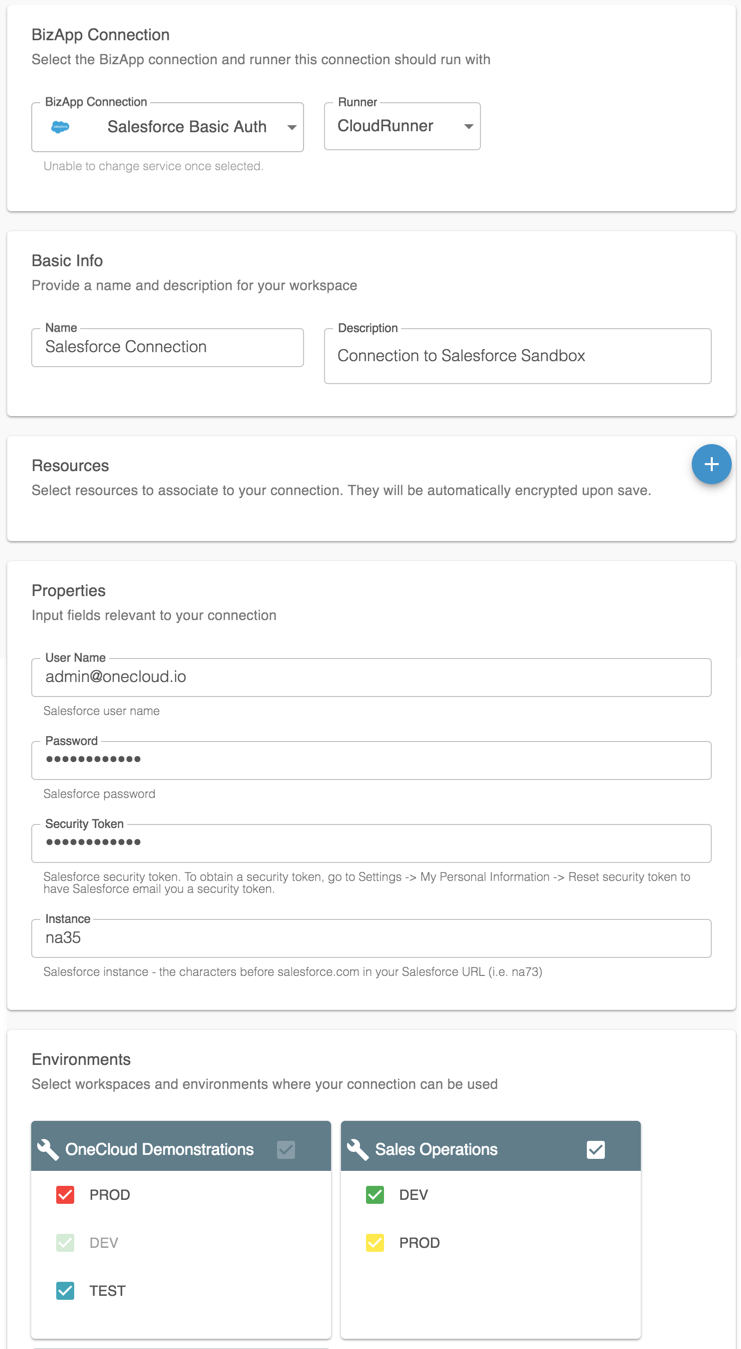 Environments are used to manage the lifecycle of your Chains. Chains can be moved between Environments via a process called Chain Promotion. Variables can be set by Environment. The most common example is when using a development Environment to test your Chain, and when you are happy with the results, you can promote the Chain into a production Environment. Environments also belong to a Workspace (see Workspace description below). Learn more about Environments.

File Resources are files that are managed within the OneCloud platform. They can be attached to Commands as inputs, and even support dynamic variable replacement for extensibility and re-usability throughout a user’s workflows. Typical resources are script files such as batch or shell scripts as well as binary objects such as a custom executable.

CloudRunner and GroundRunner are the agents that execute Commands and return the command results to the central OneCloud service. CloudRunners are managed by OneCloud, whereas GroundRunners are hosted within a company's network and enable access to internal servers and resources. In the configuration of a Chain, Commands are associated with a particular runner to control where the execution occurs. Learn more about GroundRunners.

In the context of OneCloud, Variables are inputs that can be changed. Variables defined in a Workspace are scoped to be used within Chains and Commands, and variables defined at a Chain level can be used by the Commands within that Chain. In addition, Commands can use a variety of system-level (for example, current time) and metadata variables (Chain name, Environment, etc). Learn more about Variables.

A grouping of related workflows that encapsulates multiple Environments. In addition, Workspaces can store variables that can be used within Chains and Commands. Learn more about Workspaces.